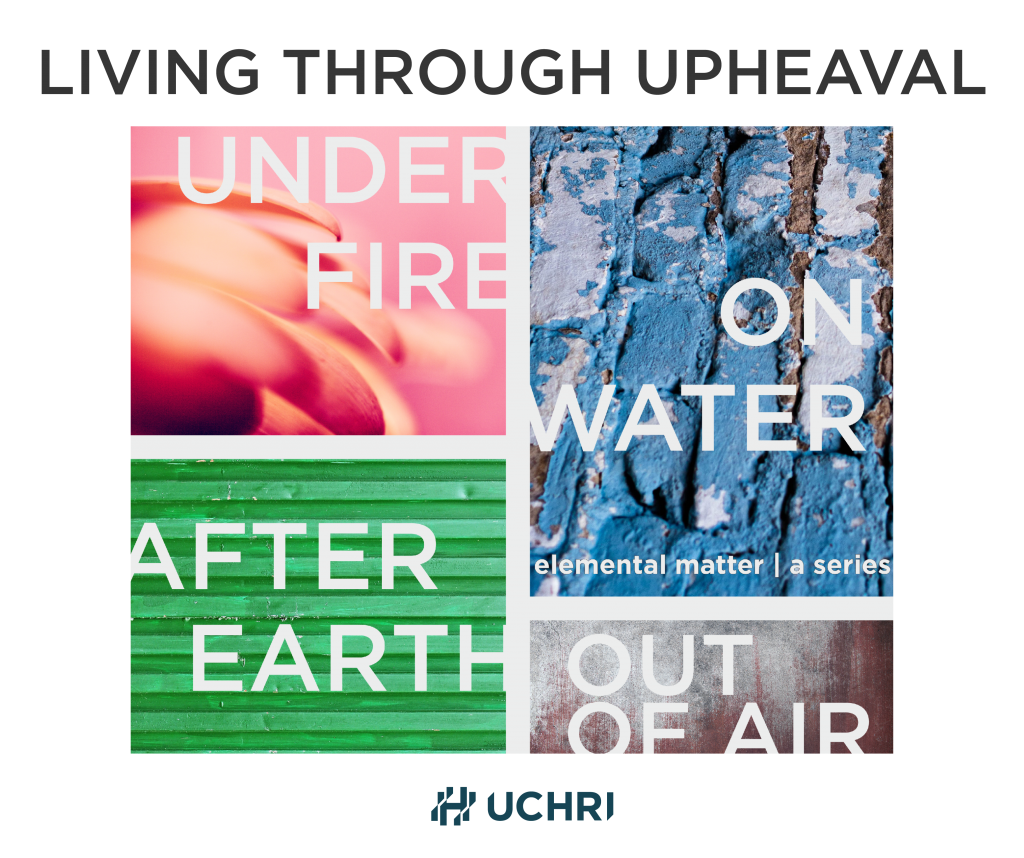 On Thursday, December 10th at 5:00 PM PST, UCHRI’s Living Through Upheaval: Under Fire explored the power and perils of fire. Standing apart from water, earth, and air, fire was discussed as a centerpiece of human developments, dynamics, and transformations, of narration across most all modes and forms of cultural expression, and as a catalyst for developments in food and shelter, not to mention sometimes unwelcome, if significant shifts in our contemporary culture. Joined by: Elizabeth Hoover (UC Berkeley), Abrahm Lustgarten (ProPublica), Elizabeth Povinelli (Columbia), Brandi Summers (UC Berkeley), and Karen Tei Yamashita (UC Santa Cruz).

Gaston Bachelard, The Psychoanalysis of Fire

James Baldwin, The Fire Next Time

Elizabeth Hoover, “‘Fires were lit inside them’: The Pyropolitics of Water Protector Camps at Standing Rock”; The River Is in Us: Fighting Toxics in a Mohawk Community

The Karrabing Film Collective, “We burn grass when it’s properly dry – but what are we gonna do when the whole world fried?”; “Growing up Karrabing”

Michael Marder, Pyropolitics: When the World is Ablaze

Stephen Pyne, “How Fire Shapes Everything”

Brandi Summers, Black in Place: The Spatial Aesthetics of Race in a Post-Chocolate City