Out of History: Against the Self-evidence of Anti-blackness

We live in a time grappling with anti-black racism, in which the term “anti-blackness” has become part of the public lexicon. Descriptively, anti-blackness seems self-evident; however, the term’s relationship to race and racism is undertheorized. We argue here that the recent discourse of anti-blackness needs to be situated not as more than, or beyond, race but in and as a racial discourse.

The emergence of “anti-blackness” as a concept is recent, dating back a little more than a quarter of a century. The first substantive use of the concept appears in Joseph R. Washington’s (1984) Anti-Blackness in English Religion to argue that anti-blackness (a negative attitude towards all things black, dark, etc.) provided the basis for anti-Blackness (anti-black racism). His account is largely impressionistic and it does not systematically explain the transformation of attitudes into racial/racist theories. Amiri Baraka, in a 1987 article published in The Black Scholar, used the term to denounce how White art reproduces racism in the process of incorporating “Black images.” Yet, the use of “anti-blackness” in Baraka is understated, and the conceptual apparatus pivots on other analytics such as racism, imperialism, socialism, and self-determination. 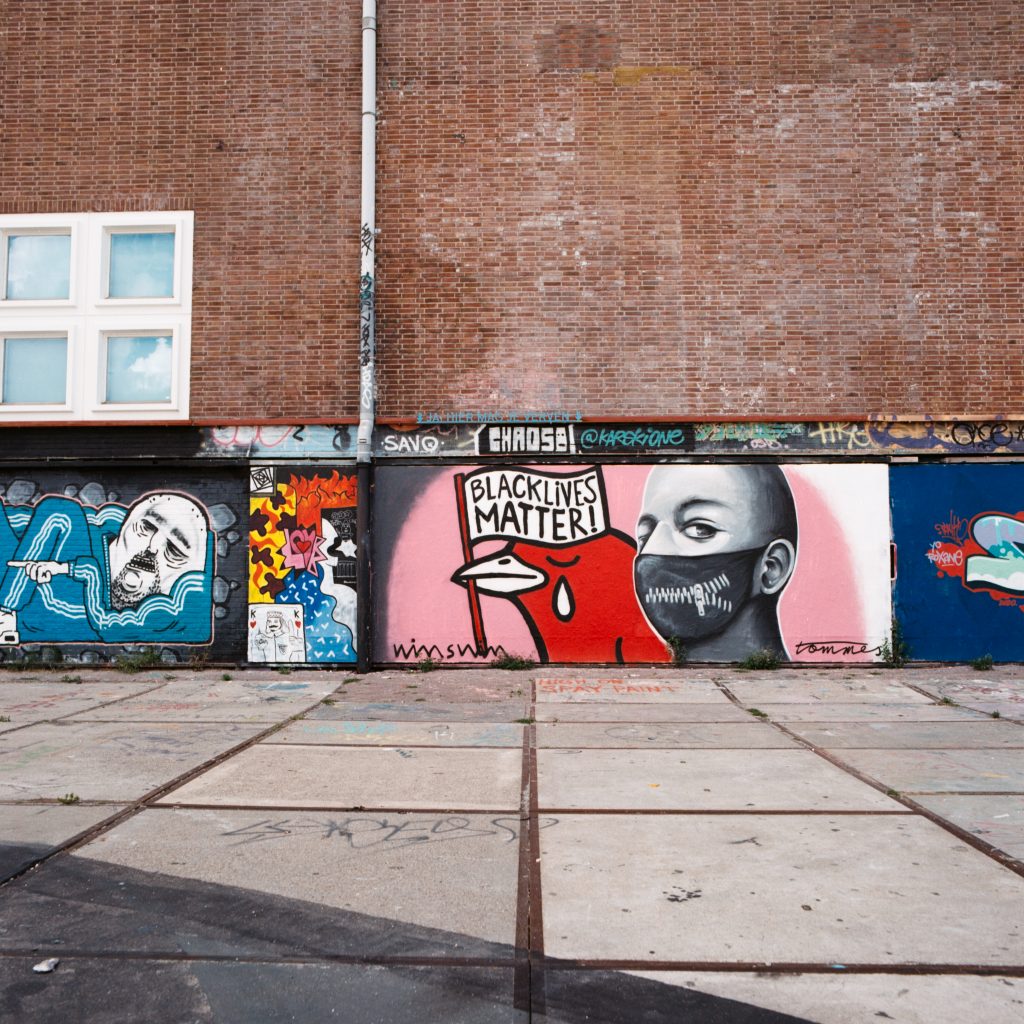 By the 1990s, there emerged a clear conceptual discussion of anti-blackness in Lewis Gordon’s works within an existentialist and phenomenological framework. For Gordon, the problematic was the possibility of Black existence in a world predicated on denying the validity of blackness. Yet, the operative term remains “antiblack racism,” i.e. the set of conditions and practices that seek to create “an antiblack world.” By the 2000s, the use of anti-blackness increases exponentially with the appearance of self-styled “Afropessimist” literature in the academy. Here, a discourse of anti-blackness begins to emerge, with the term anti-blackness operating largely in rhetorical mode (see for example Frank Wilderson’s Bildungsroman narratives about his emergence as the last political radical in a world of neoliberal sell-outs). More recently, as Afropessimism has reached a broader audience via social media and other online channels, anti-blackness has assumed widespread currency in both the academic and popular presses.

Recent years have witnessed calls in the mainstream media for greater attention to “anti-blackness” as opposed to “racism.” Proponents of anti-blackness have sought to distinguish the two concepts and have made claims in the name of anti-racism that nevertheless critique its very grounds. For example, in a widely circulated New York Times piece, kihana miraya ross argues that, while “the word ‘racism’ is everywhere,” it fails to capture just “what black people in this country are facing.” Rather than “racism,” ross argues, “the right term is ‘anti-blackness.’” Anti-blackness, according to ross, describes “the kind of violence that saturates black life” – a violence that is “gratuitous and unrelenting.” According to ross, the term “racism” is not only too broad (a “catch-all,” as she calls it), it also fails to capture the complexity of anti-blackness. Similarly, Ahmed Olayinka Sule’s 2019 piece in The Guardian, argued that “it is an appropriate time for anti-blackness to be classified separately from racism and given its own prominence.” His argument against a “one-size-fits-all” approach to anti-racist scholarship and organizing, like ross’s piece, validates and extends a discourse of anti-blackness that purports to be more specific and more trenchant than other (though unnamed) critical theories of race and racism.

“In setting anti-blackness apart from and against theories of race and racism, its proponents not only refuse to historicize their concept, they also refuse to contextualize it in relation to and as a racial discourse.”

It would be wrong to understand arguments like ross’s and Sule’s solely, or even primarily, as clamorings for greater recognition of, and attention to, the particularity and immediacy of anti-black racism. Rather, the authors build on a subtle but troubling argument that positions anti-blackness against racism and which has implications for evaluating each piece (ross’s and Sule’s) as an anti-racist work. According to its proponents, the durability of anti-blackness—its “relentlessness” to use ross’s term—is its defining characteristic and what distinguishes it as more than another type of racism among racisms. Rather than contingent and contestable, as critical theories of race and racism have emphasized, anti-blackness endures. To again quote ross, anti-blackness is a “structural reality” and is nothing if not deeply embedded.

Anti-blackness, then, significantly shifts the terms of racial discourse. In contrast to critical theories of race and racism that have emphasized contingency and historicity, anti-blackness asserts a permanence that is theoretically explicated in Afropessimist literature. Afropessimism locates the origins of anti-blackness in slavery and then asserts its “relentlessness” and durability over time. As ross’s article from above states, Afropessimism “argues that anti-blackness indexes the structural reality so that in the larger society, blackness is inextricably tied to ‘slaveness.’ While the system of U.S. chattel slavery technically ended 150 years ago, it continues to mark the ontological position of black people.” In Afropessimist theorizations, slavery serves more as origin story than historical contextualization. The connections between anti-blackness and slavery are crystallized in Afropessimist writing and erected as a foundational truth rather than emerging as an unstable, historical articulation. 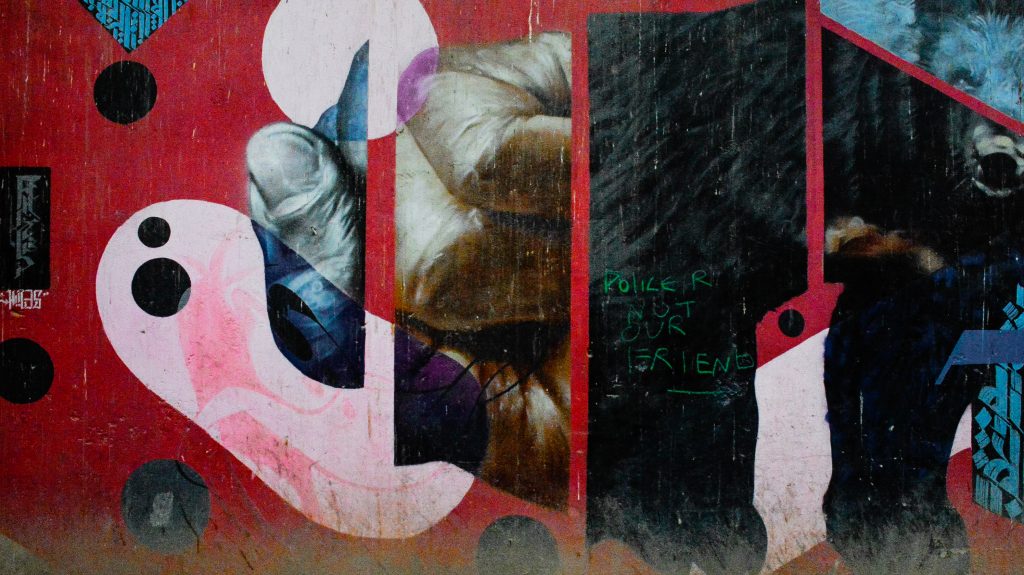 The shift that anti-blackness presents for thinking about race and racism is made obscure precisely because it is the field of racial discourse that new theorizations of anti-blackness disavow. Normatively, critical theories of race and racism involve a certain epistemological and political reflexivity towards racial discourse. This is because theorists understand that their statements on race participate in reproducing and potentially deepening racial conditions. By contrast, proponents of anti-blackness have abjured this reflexivity. They paradoxically deny the applicability of anti-blackness to the discursive field it participates in. As ross writes, anti-blackness is “more than just ‘racism against black people.’” Instead, she asserts that it is “a theoretical framework,” or as Wilderson has claimed of Afropessimism, it is a “metatheory.” In setting anti-blackness apart from and against theories of race and racism, its proponents not only refuse to historicize their concept, they also refuse to contextualize it in relation to and as a racial discourse. This double elision explains why the shift in racial discourse that anti-blackness presents has yet to register with many theorists of race, even as the term has proliferated in and outside the academy. It is important to recognize this shift and to note its implications for racial theory and the praxis of antiracism.

As a racial discourse, anti-blackness becomes clearer when understood in the postracial moment. The postracial constitutes raciality anew by paradoxically denying the salience of race and racism. Anti-blackness, correspondingly, fixes racial meaning in the very moment it purports to move beyond race. By refusing discursive and historical analysis in favor of a theory of permanence or relentlessness, anti-blackness obscures the instability of racial power and the ways racial meaning is made and unmade in the postracial moment. What we have outlined here suggests that the discourse of anti-blackness risks camouflaging postraciality as anti-racist work. To the extent that proponents of anti-blackness refuse to theorize the historical particularity and relationality of race and racism, they reject the very tools necessary to explain or combat the operation of the racial power they diagnose.