By Their Damning Presence: The Work of the Dead in Mourning and Protest

In the early COVID phase, there was a lot of talk about the impossibility of grief and mourning. Many people lost parents, children, or spouses without being able to spend the last hours with them. Funerals were on zoom – remote mourning, distanced bodies, lockdown emotions swirling without a landing spot. Then the George Floyd uprisings started. Protests and rebellions over the unjust killing of a Black man by the state became public sites where protests and funerals merged, and the connection between COVID deaths and police deaths became increasingly visible if not always explicitly explored. Death is racialized in such a way that the explicit killing of Black people by the state lies on a continuum with the ‘let die’ policy of structural racism that, to invoke Ruth Wilson Gilmore’s formulation, exposes Black people in the US to much greater rates of premature death, including Covid-related ones.

In that nexus, the question of mourning as a public form – its shape, object, purpose, politics, affective registers, its link to private grief – has begun to be explored and exploited by organizations, communities, artists, activists, healers. The Reimagine Death festival called on people to join a national Mourning Into Unity vigil as a “response to the Covid-19 pandemic and the unvoiced grief so many of us feel.” The Black artists Sondra Perry and M Carmen Lane have organized an event, The Years They’ve Taken: Systemic Oppression, Black Bodies & The Materiality Of Grief, to “explore race, grief, mourning and the physicality of survival”. The artist Renee Ater has set up a remembrance project “I Can’t Breathe: A Digital Memorial,” in which for 120 days she posts the names of those murdered at the hands of the police in plain black and white cards on Instagram. Close the Camps organized a protest leading the call with the phrase “Remember the dead.” I receive multiple emails a week from organizations with titles like “In Love and Mourning.” Some have even proposed a “mourner-in-chief.”

“What is repressed in most of this ‘death acceptance’ is killing as a crucial part of any confrontation with death.”

In their more interesting versions, these calls for mourning, these explorations, blur the line separating the private from public domains of grief, protest from mourning, dying from being killed, the dead from the living. In my own work on death, and ever since my wife and artistic partner Leo died, I have tried to think about these in terms not of binaries or separations but as continuums. For many, the blame for the sequestration of death from the public realm is to be laid at the feet of death denial or “death avoidance,” a dominant secular ethos in the West said to understand death as interruption and defeat, fear its finality, and focus on medical and technological solutions. The response since the 60s has been to cultivate what the sociologists Glaser and Strauss called “death awareness” – so we got the earlier good death movement, with hospice often adding a spiritual dimension, and the current death positive movement, with its fearless Death Cafes.

What is repressed in most of this “death acceptance” is killing as a crucial part of any confrontation with death. When people speak of facing death or ensuring a good death, they are mostly not speaking of killing. And yet it is worthy of note that the 20th-century movement to face death and the ideology of the good death arose just at the time when bad death became massified, when the apocalypses of nuclear bombings appeared on the global horizon and spread the fear of annihilation. Elisabeth Kubler-Ross, mother of the good death movement in the U.S., started thinking about the end of life via worries about nuclear annihilation (e.g., most of Chapter 2 in her famous book On Death and Dying). Yet that political context got erased from the good death discussions that followed. Similarly, so many humanists who invoke Socrates’ equanimity in the face of death and Antigone’s insistence on proper burial as part of the European canon, or even those who start with the older Sumerian myth Gilgamesh as part of wider canon, too often neglect to mention that these are all actions in the face of state killings. Even in Gilgamesh, the hero’s best friend Enkidu dies not in some random event, but as a result of an illness inflicted on him by the Gods as punishment for Enkidu’s insolence. The injustice of arbitrary power over life, the power to kill, is rarely the subject of humanist contemplations of death, or discussions of the good death. 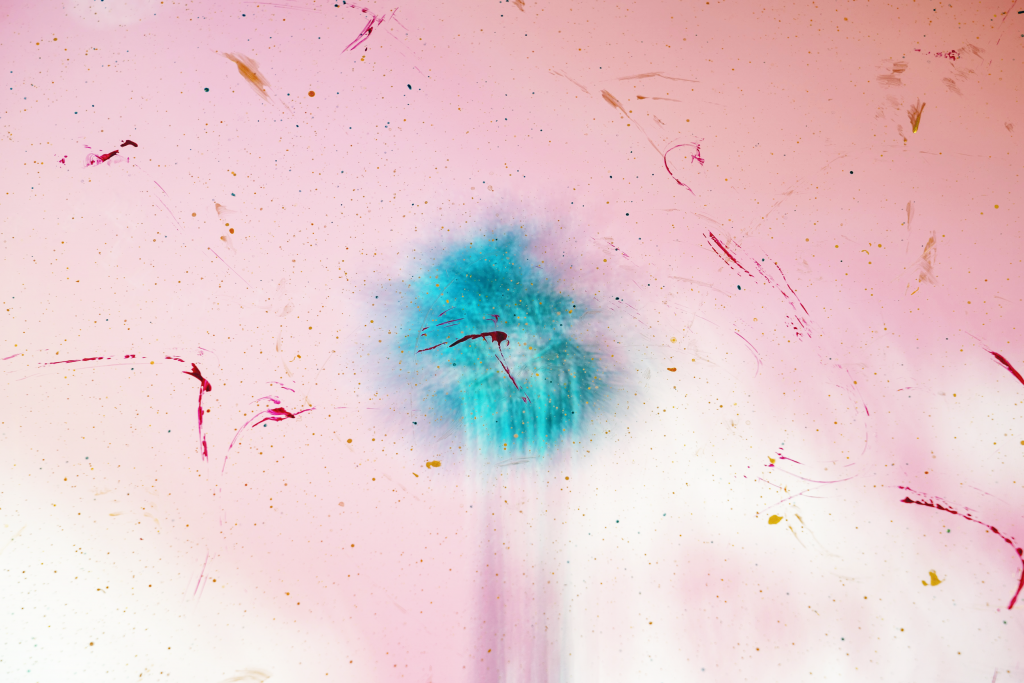 In the form of killing, death is hardly deniable; it’s in films and news casts, in the streets and institutions and profits and comforts and inequalities, in this society that is organized around killings, and where killings are so often organized around race. Killings immediate, like George Floyd’s as he was going about the task of survival, and killings slow and structural, as in the way exposure to underlying conditions takes Black and brown lives so disproportionately – blurring the distinction between dying and being killed.

Perhaps, then, the problem is not a fear of death but a fear of the dead, who, no longer afraid of the consequences, can both upend the secular finality of death and make claims on society, hold the living accountable. The dead come not to cover but to dispute the killings. From their socially transcendent positions, they can disrupt the dominant psychological, epistemic and moral regimes. They can start protests and uprisings, as George Floyd and Breonna Taylor did this year, as Michael Brown did in 2014, as they have for centuries. To say their names is part of the continuing work of mourning.

If we understand politics as that which organizes the boundaries of our indifference to the dead – whom to mourn, whom not, who matters, who doesn’t – then mourning is always political. In 2015, after the killing of six Black men and women by the white supremacist Dylan Roof who opened fire in the Emanuel African Methodist Episcopal Church in Charleston, S.C. the poet Claudia Rankine called for a new politics of mourning: “The Black Lives Matter movement can be read as an attempt to keep mourning an open dynamic in our culture because Black lives exist in a state of precariousness.” By constructing a notion of normal grief and pathologizing extended mourning, western psychology, from Freud to contemporary studies, protects the social conditions of injustice by turning the focus from the pathologies of politics to the pathologies of individualized grief, a state of ill health to get over. It was a move the Argentine Mothers of the Plaza refused. They refused to close the wound of state killings by refusing to accept the remains of their disappeared. The wound, they said, should not, cannot, properly close until the social conditions of inequality and violence are changed. And so for decades they mourned daily in their white kerchiefs in front of the state house in Buenos Aires. They kept the names of the disappeared and the murdered alive too, and every time anyone said their names, others would shout presente. 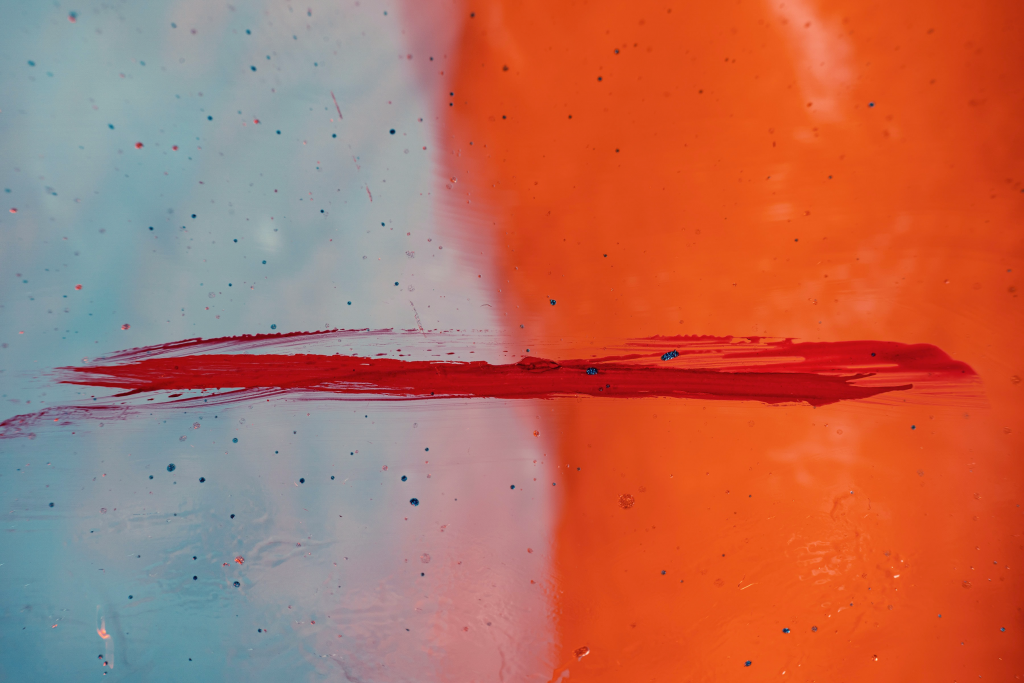 To mourn is to charge the present with the dead, it is to forge new relationships with destruction, loss, death and future lives.

Today, five years after her death I still go to the cemetery to be with my dead partner Leo, with whom I continue to work in both my art and my life. I noticed that what I do at the cemetery I do also at protests – I scream and cry and charge the present with the dead who require a different sense of communion, of value, a different way of knowing life and the world. The work of mourning is not to detach and get over a death. The work of mourning is to charge the present with the unyielding gaze of the dead, with their damning presence. It is to relate to the dead and thereby remake the world. The work of mourning cannot stop.