Talkbits on Civil War: There May Be a Rebarbarization of the World

In this installment of our ongoing series of audiovisual conversations on civil war, Dipesh Chakrabarty reflects on the politics of survival, flourishing, and postcolonial worldmaking in a time of accelerated planetary destruction. 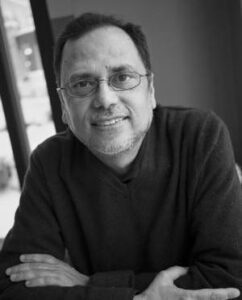 “Just the gesture of recognizing our connection, doesn’t make it political. I think the political is fundamentally based on a commitment to security of life, and the kind of wherewithal we have developed over two hundred years to secure human life has gotten us into the trouble in which human life is itself insecure.”
“I was being very serious when I said that late capitalism has killed the political […] it has endangered human life in general. And therefore, the politics of survival is now the politics of the elite […] We used to think that survival is an art of politics developed by the dispossessed and the poor. But now I think that survival is the political game of the rich and powerful.”
In the background: James Hansen • Stuart Hall • Homi Bhabha • Isaac Julien • Donna Haraway • Antonio Damasio • Jane Bennett • James C Scott • Roy Scranton • Amartya Sen • Derek Parfit.
Back to Foundry