On Foundry, UCHRI is hosting a series of audiovisual conversations designed to unpack the thematic of civil war. In our first installment, Toby Miller discusses the social and political hazards of mobile devices—its industry and production—and the violent manipulation embedded in the personal user interface.

For an audio-only version of the conversation, take a listen to this talkbit episode on UCHRI’s Soundcloud. 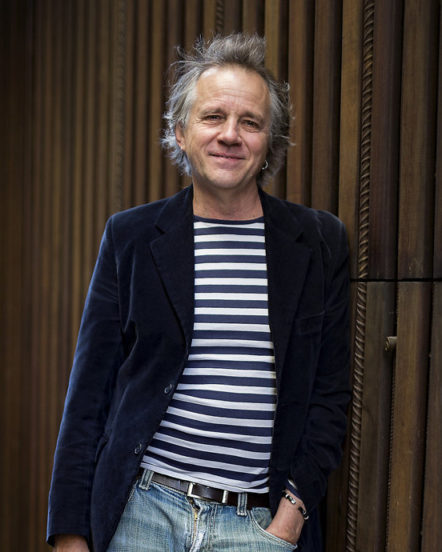 “The ten core inventions that make up an iPhone are all derived not from the seemingly singular, entrepreneurial, barely educated genius of Steve Jobs, but from the Pentagon […] So, the crock of nonsense that says these objects are entrepreneurial responses to demand is to deny the corporate assistance given by the United States government in particular as an ordinary part of capitalist innovation.”

“When we engage in a denunciation of expertise, of knowledge and so on […] we are falling into an anti-modern trap. At the same time, we need to be careful that the new embrace of scientific knowledge by the Left […] does not involve a return to the idea of ‘turn over the Crown Jewels’ to big science, because we know how much of big science, in the end, goes through the hands of the Pentagon.”