This essay arose from the Fall 2017 meeting of UCHRI’s Asia Theories Network, “Island Life.” More essays from the “Island Life” meeting will be released on Foundry over the course of the 2018–2019 academic year.

Committing itself to the Global South or East poses a “practical” challenge to theory, which largely characterizes itself as anti-essentialist or “anti-empirical,” here with regard to geography or any “real” place. It has become theory-intuitive and thus irreflexive to produce the apparently theoretical remark that the south is not the south. We often hear this from mainly two non-empiricist approaches.

First, in structural or relational terms, even the prominent south theorists Jean Comaroff and John Comaroff have to emphasize, as many theorists would do, that “‘the south’ cannot be defined, a priori, in substantive terms. The label refers to a relation, not a thing in or for itself. And this is why, in addition, we need theory to make sense of our global situation” (emphasis added). This critical reminder is meant to accentuate that power structure exists everywhere. In the north as well as the south, there are dominations and exploitations so that the north and the south are, as a result, everywhere. But where? Where is the south? Or where does the relation that actually constitutes the south exist? As a matter of fact, this recalls the third-world, “southern” critics’ dissatisfaction with the version of postcolonialism that too readily renounced certain concepts such as the subject and the local—the third world as well as the south was again, as they had always been in their colonial history, etherealized, subtracted and diminished.

The second approach is even more significant to us, for it concerns the ethical or political: the south is not the south because, as some theoretical formula immediately suggests itself to us, even the south has to become south, in the manner that “the woman as a molar entity has to become-woman” (Deleuze and Guattari). But then, why do we need any actual woman to become a “molecular woman,” and where does the latter exist? Where is the woman, where is the south, where is the molecular, and where is practice, the southern practice?

In Buddhist scriptures, there is a recurrent description in which, upon listening to some disciple’s complaint about the defilements of this world, Buddha touches the ground, to trans-ground or transvalue the ground more than unground, and the world immediately transforms into one saturated with light and purity. The pure land does not exist in another place different from this world; it is the very reality of it in terms of the infinite multiplicities that compose it. This is the world as described in the Mahāvaipulya Buddhāvataṃsaka Sūtra (The Great Vaipulya Sutra of the Buddha’s Flower Garland). “Vaipula” means “right and expansive,” and can be taken to signify the “transcendental empirical” reality of the world as it is “greatly expanded” (mahāvaipulya) in itself, that is, at once enveloping infinite worlds and participating in each of them. This ontology or cosmology that sees things in a structure of infinite reciprocal or all-ways involvement augments the world and restitutes it to its true, right “dignity” as far as flower garlands can adorn. This immensely augmented world is the one described by Timothy Morton when he alludes to “Indra’s net” to illustrate the infinitely interpenetrated and interconnected world: “At every connection in this infinite net hangs a magnificently polished and infinitely faceted jewel, which reflects in each of its facets all the facets of every other jewels in the net. Since the net itself, the number of jewels, and the facets of every jewel are infinite, the number of reflections is infinite as well.”

This is meant to say that any single aspect of the place, dubbed essence, is not about the place itself and cannot return its dignity to it. Essence is never about the place but originates from consciousness, logic or reasoning; there only exists logical essentialism instead of real essentialism. In explaining “transcendental empiricism,” Deleuze expresses the same point: “Were it not for consciousness, the transcendental field would be defined as a pure plane of immanence.”

When one sees a landscape of the south as typically southern, he merely extracts one aspect of the south. If he digs down the surface, and becomes an archeologist, then a geologist, and furthermore an astrophysicist, he will get access first to the place’s history that consists of various places, cultures and societies, then to the geological strata that accumulate and compress materials coming from different parts and ages of the planet, and finally to the uttermost depth of the place or earth in which remains of some oldest exploded stars in the cosmos have been folded. These are all multiplicities that constitute the place. Another example might be more eastern. In Ang Lee’s film  Life of Pi, the boat on which the boy and the tiger are in a standoff can be the south—why not, since humans and animals from that Asian country are all drifting on the sea called globalization. The two beings, or two sides of a being, can reach reconciliation on the basis that the boat recapitulates the sea. The sea is the depth of the boat, which, as the film shows, contains what each life qua boat envelops inside itself (fig. 1): a biological whole or multiplicity that implicates the two figures and is implicated in each of them, so much so that they have always already enveloped each other and participated in each other or in the whole that fills each other as life that is as infinite as π. 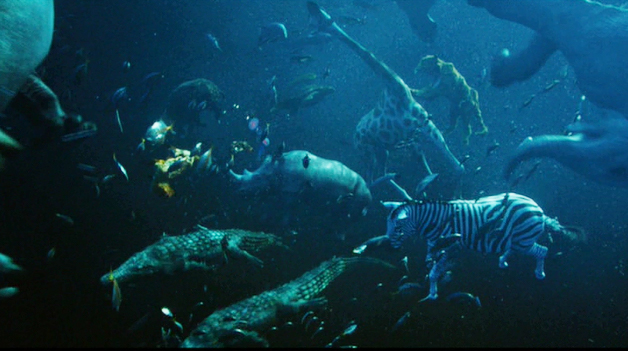 Figure 1. Life of Pi, the sea containing the biological whole.

If the south is not the south, where is the south? Who sees geography as essentialist? The relation, the global, the molecular are immanent to the place; if they do not exist in real places, where are they? The relational and the global are multiplicities of the south, because the south as well as any place is multiple in itself, is never pure or essentialist, and is more than itself. This is the dignity of the place.

Though there are various conceptualizations of the Global South, they should coexist or coincide instead of being conflictual or binary such as the theoretical south versus the geographical south, one reason being that the geographical is theoretical in itself. The binarism between the theoretical and the empirical or between reason and fact should be surmounted. The concept of Global South is brought forth by those who are affiliated with or committed to the south. In engaging with this concept, theory is attaching or associating itself with the south, that is to say, is in love with it. For those who are steeped in “extra-” or “pre-empirical” theory, they might tend to claim that their south, be it an island or archipelago, is not the real place. Lacan had an aphorism for love: “I love you, but, because inexplicably I love in you something more than you–the objet petit a–I mutilate you.” In our case, the love with the south can be accordingly phrased as loving something in the south more than the south, in the sense that theory does not really concern itself with the south. This would amount to saying to the south: “I am in love with you, but it’s not really you I care about, but something else.” What if we affirm the south and adopt the “Vaipula” optics, i.e. a greatly augmentative empirical theory, here by pushing the Lacanian phrase a step further and setting it right: the something in you more than you which I love is exactly in you and about you, for it is the multiple whole of you that I love. So that in talking about the south, theory is really talking about the south because the south is more than itself and is thus itself. This transvaluation of the south might lead to an affirmative engagement with the place and might hopefully enable theory and the south to produce a positive relationship.

“The south is not one,” as Irigaray might say. But this is not meant to romanticize the south, in the same manner that one should not romanticize woman and the subaltern. They are multiple in themselves. The south is full of real dominations as well as real possibilities, though or precisely because both of these intimately bear on the global forces which actually happen to the place and make up the whole—the Indra’s net, though a relative one—that accounts for its multiple realities. Theory of/about the south should gain from espousing this kind of holographic augmentative optics on the south. To repeat Jean Comaroff and John Comaroff’s words, “in addition,” i.e. by augmentation, “we need theory to make sense of our global situation.”